Chronology of a landmark

The Viennese Cube Clock (German: Wiener Würfeluhr ) was designed, produced and positioned in prominent places for the city of Vienna at the beginning of the 20th century. As street furniture for more than 100 years, the Wiener Würfeluhr is currently visualizing normal time at 73 locations in the city and has developed into a pioneering model and cult meeting place.

The first Viennese cube clock is mounted on a light pole at the intersection of Opernring and Kärntner Straße in the center of Vienna. Conceived and manufactured by the Vienna City Building Department together with Ing. Emil Schauer, it attracts everyone’s attention with its innovative design. The case is octagonal and is bevelled at the corners. Instead of numbers, the watch face has dots and lines in deltoid form. Overall, the Viennese cube clock weighs around 70 kilograms and is more than a cubic meter in size. A mother clock in the nearest poster pillar on Vienna’s Ringstrasse controls the hands in the cube case with electrical impulses. 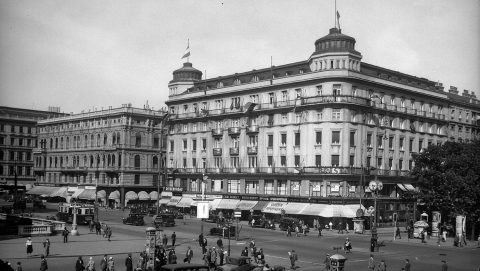 Vienna introduces Central European Time. From now on it is considered normal time. 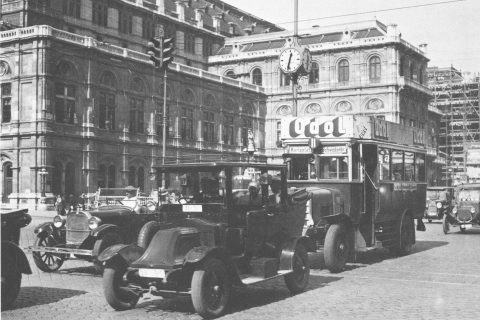 Parallel to the advancing electrification, further cube clocks will follow in the Viennese cityscape. In 1938 there were already 37 cube clocks. The clock faces become advertising media. Both the producer company and the city of Vienna perpetuate themselves with Ing. Emil Schauer. Vienna XIX or Schauer and normal time as well as the Vienna city arms.

After the end of the Second World War, the second expansion phase follows. In 1971 the first radio-controlled Viennese cube clock went into operation. At the end of 1980 Vienna had the record number of 78 cube clocks. 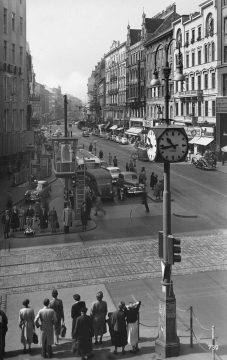 The Wiener Würfeluhr is privatized. All Viennese cube clocks will be replaced by new ones and handed over to Wiener Städtische Versicherung for ten years. At this point in time, the art trading company lichterloh acquired the still intact historic cube clocks and recognized them as design objects.

To mark the company’s 20th anniversary, lichterloh initiated the art project Normalzeit. Two decades of lichterloh and a book. Twelve internationally renowned Austrian artists of the visual arts interpret the theme of time in an exhibition based on the Vienna Cube Clock. The Vienna Technical Museum is adding an original Viennese cube clock to its collection.

The internationally acclaimed Austrian Design auction – objects from the years 1920 to 1960 – will take place in the Dorotheum for the first time. Among the top lots is the Viennese cube clock that adorned Stock-im-Eisen-Platz at St. Stephen’s Cathedral in Vienna until 2007. 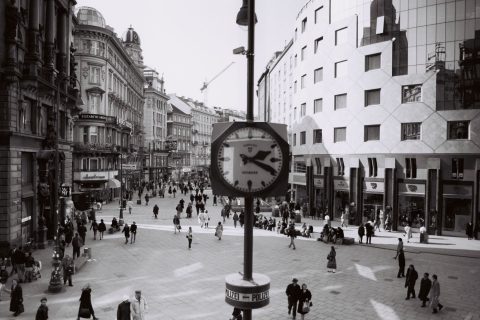 Based on the Viennese cube clock, lichterloh, Dagmar Moser, Philipp Markus Pernhaupt, Christof Stein presented the normal time wristwatch as a world premiere in New York and shortly afterwards in Vienna in a limited and numbered special edition of 1907 pieces.

The normal time wristwatch comes on the market worldwide in a smaller version and unlimited as the Red 36. At the same time, the starting shot for the Normalzeit brand was given. For the time being, 7 well-known Austrian companies are interpreting and designing high-quality everyday objects and food based on their own production history, playing with the dial of the Viennese cube clock. Demmers Teehaus, J. & L. Lobmeyr, Porzellanmanufaktur Augarten, R. Horn’s Vienna, Staud’s, Weingut Mayer am Pfarrplatz and BarriqueAffairs

Christof Stein becomes the sole guardian of Normalzeit and promotes the internationalization of the Viennese icon.